Home History
Our History
In the late 1990s, the city of Grover Beach built a new fire station leaving an empty building on Ramona Avenue, which had housed the city offices and council chambers, as well as the fire station. Well known for their philanthropy and community involvement throughout the South County area, Clifford and Mary-Lee Clark promoted the idea of forming a non-profit corporation that would buy the old fire station building and develop a youth facility for the Central Coast.

In November 1999, Mr. Clark, as the incorporator, filed 501 (c) (3) papers with the California Secretary of State and appointed officers and members to the Board of Directors, thus creating The South County Family Educational and Cultural Center. As the name implies, the non-profit was created to ensure educational and cultural-oriented facilities and programs targeted for youth, primarily in the south part of San Luis Obispo County.

In June 2000, the Clarks enabled the corporation to purchase the empty Fire House from the Grover Beach City Council, through a personal loan of $180,000. In addition, the Clarks deeded two nearby parcels of property they owned to the corporation. One parcel would be dedicated to a community library and History3 the second to a youth arts/crafts center. These two properties are currently being rented until such time the corporation is ready to develop them. 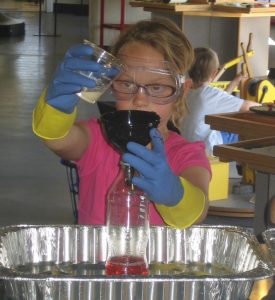 During the next several months following the Fire House purchase, the Board of Directors developed a Mission Statement and goals. The Board proceeded to name the facility The Central Coast Exploration Station (Exploration Station), which was destined to become a facility where local families and visitors could enjoy revolving science exhibits, interactive displays, and weekly programs and activities designed to meet the educational and cultural needs of the youth of all ages.

Over the course of the year, a Founding Membership drive raised nearly $50,000, a part-time Executive Director position was created, a volunteer program was developed, and the facility was painted and repaired for occupancy. In the spring of 2001, educational programs were introduced targeting youth between the ages of 9 to 13 during after-school hours and vacations. To date, over 2,000 young people have attended the programs taught by volunteers in subject areas that are not generally found in school curricula.

From 2002 -2010 the site was remodeled from a firehouse to a Science and Technology Interactive Center. This was very effective and reached many students until 2016. Then the focus changed to Computers 4 Youth a place where volunteers re-tooled old desktops and graciously donated them to thousands of youth. They also accelerated their E-waste capabilities helping to store and recycle thousands of electronics for the community. They also tried to have small robotics classes, cooking classes, and other fun events for the youth of the community. 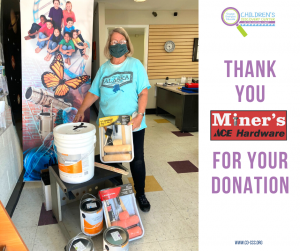 As Covid hit, the E-waste business took a hit and the Computers 4 Youth program dried up as kids only wanted laptops, not desktop computers. in the Fall of 2020, Anita Shower and Robert Robert invited Debby Ugalde of the new visionary Children’s Discovery Center to visit their building. The Children’s Discovery Center did not have a building only a dream and a vision, so after a few discussions, a Merger was born! The new Business name is Exploration Discovery Center and we opened our doors for play in July of 2021. Our facilities are filled with fun interactive STEAM activities for children ages 2-12!